Welcome to the website of David Lowe, researcher into the spiritual impulses active in cultural history.

In their creative life some artists experience a higher, freer existence. When you look at their painting, listen to their music or read their poetry, you can yourself be lifted up yourself through empathy, to a higher, freer life.

My art historical research is a study of how spiritual impulses work through the artist’s soul into the historical development of humanity .The artist does not just reflect the growing consciousness of human beings but, through his awareness of the direction of human life, towards a higher free life, he is able to work into the formation of these historical processes.

Monthly Art Talks
with David Lowe, MA Art History
1st Friday of the month: 7.30 to 8.45.
All welcome. There is no need to book
Suggested donation: £7 or £5 Concessions

December 3rd
The Forming of Raphael.
Raphael's father was a significant figure in the court of Urbino.  After his parents’ death, Raphael traveled through Central Italy and met many of the leading artists of the time including Leonardo and Michelangelo. His travels are contemporary with the appearance in Florence of a figure whom Dr Steiner compares to John the Baptist. We will consider how Rafael reacted to this. We will be looking at slides of his work including ‘The Betrothal’, ‘The Entombment’  and several of Raphael's early Madonnas.

February 4th
Raphael’s ‘School of Athens’ and ‘The Disputa’.
Of Rudolf Steiner's thirteen Art History lectures, only one is directed to two paintings by the same artist.  This indicates the centrality of Raphael in the art historical process that Rudolf Steiner characterizes in these lectures. Dr. Steiner indicated a new way of looking at art history and regarded it as one important pathway to developing Inspiration. Considering Raphael's achievements these two paintings are central to assessing not only his significance  but the spiritual impulses that manifest in the development of Art. We will consider what Rudolf Steiner has to say about them  and look at slides of them.

March 4th
School of Pisarro.
The ‘father’ of Impressionism was not only one of the greatest painters of the late nineteenth century but was the teacher and inspirer of his younger Impressionist colleagues, such as Monet, Renoir and Sisley. He also played a significant role in the development of other artists such as Cezanne, Seurat and Van Gogh. We will be looking at the extraordinary life of this significant figure, and at slides of his work and also slides of the work of those he nurtured.

April 1st
John, the Disciple whom the Lord loved.

There are many mysteries relating to the figure of John the Evangelist and who he was. Steiner indicates that he was the same as Lazarus whom Christ raised from the dead. We will be looking at slides of this and other paintings of John as well as considering his relationship to Raphael. The raising of Lazarus has been the subject of many paintings from the earliest Christian paintings to the present day..  He is  also often depicted with the disciples, as in Leonardo’s ‘Last Supper’ or on the island of Patmos writing the Book of Revelation.

Monthly, Friday Conversation Group
Introduced by David Lowe
Each of these sessions will begin with a short contribution or contributions on the theme followed by conversation and questions
Suggested contributions: £3 or £2 concessions

After initial contributions, these evenings will be open for other contributions and more general conversation. All are welcome. Please, limit any contribution you wish to bring to 10 to 15 minutes.

December 15th
Buddha and the Nativity
Lead- in contribution by David Lowe.
Dr Steiner extensively researched the spiritual events leading to the events we celebrate at Christmas and how widespread preparation was made centuries beforehand. What was the Buddha's involvement in the Nativity? He also has much to say about the further development of the connection between the Buddha and later significant spiritual events.

January 5th (as part of the Holy Nights celebrations .7.00 to 9.00).
Raphael’s Karmic Relationships.
Debbie Elliott will speak about Elijah; Simon Pelling will speak about John the Baptist; and Margitta Ogundare will speak about Novalis.
David Lowe will introduce the evening. Each contribution will last for 15 to 20 minutes so there should be time for further contributions and conversation.

January 21st
Robots & AI.
Lead-in contribution by Debbie Elliott
Are our technical developments going to create robots that help us or hinder us in our spiritual development? Will they work with us or develop themselves into a new species that will rise up to dominate us?

March 18th
Extraterrestrial Beings.
Lead-in contribution by Simon Pelling.
UFO observations are among the best evidenced of all paranormal phenomena, many with multiple independent witnesses, sometimes involving radar and air defence systems. However the phenomenon does not fit into any neat category, such as physical visits from outer space. Rather it suggests we need to broaden our worldview to try to comprehend what is going on. We will look at those characteristics of the UFO phenomenon for which there is good evidence and look at the different interpretations that have been given, and discuss what anthroposophy can say about it all from a broader context.

April 22nd
The Chakras
Lead-in contribution by Paul Webber
They are known in many esoteric teachings and connected with development and self knowledge. Steiner refers  to them in knowledge of Higher Worlds and many other places in his lectures. A brief guide to what they are, where they are and what they do.

Reading Rudolf Steiner's lectures in Britain.
For some years we have followed the lectures Rudolf Steiner gave 100 years ago. This year brings us to 1922 when Rudolf Steiner made several visits  to Britain and gave several lectures.  We shall be following these throughout the year.
We shall Include for comparison two lectures on similar themes that Rudolf Steiner gave in London in 1913. The titles of the lectures  which will  form the basis of our reading and conversation are:
Occult Science and Occult Development. Here, Steiner talks about the Akashic record, about the Mystery of Golgotha, and about Christ in the 20th Century
Knowledge and Initiation.
Knowledge of the Christ through Anthroposophy.
The Threefold Sun and the Risen Christ
For the first two sessions we will follow up on the group’s Holy Nights contribution with a lecture focussing on the karmic connections of the painter, Raphael

David promotes, as a value when viewing art, an empathetic relationship to it. He is uninterested in relaying material information relevant to the piece to his companion; rather, mutually sharing sensory impressions received by the viewers in the presence of the work. 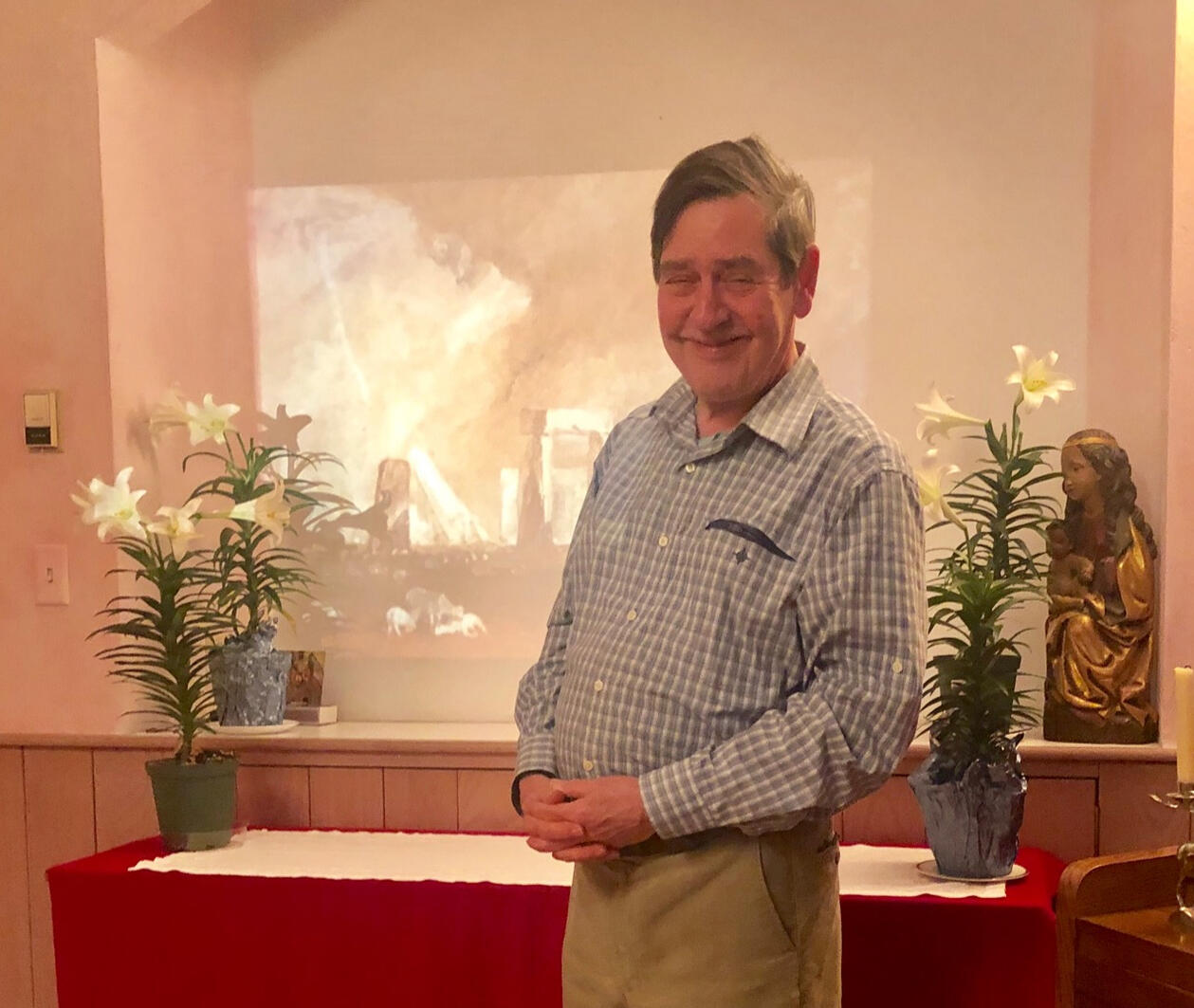 My research is directed towards understanding the history of art as something that reflects the spiritual impulses working at a particular time into the soul-life of an artist . 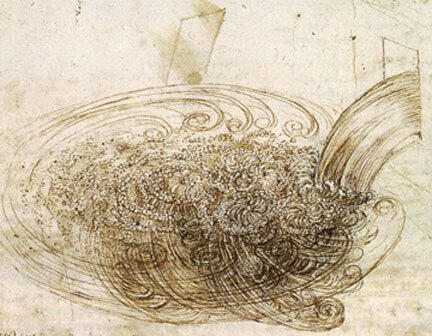 Much of the hidden wisdom was therefore expressed in the Christian legends and stories of the Middle Ages. One of the most significant of these was called ‘The Golden Legend.' 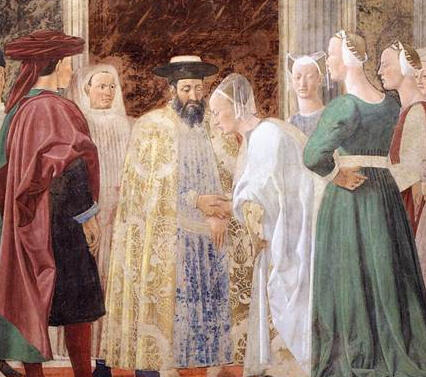 The website's name comes from Goethe’s account of his Italian Journey: Travel is a way we can experience that different parts of the world have different etheric forces. 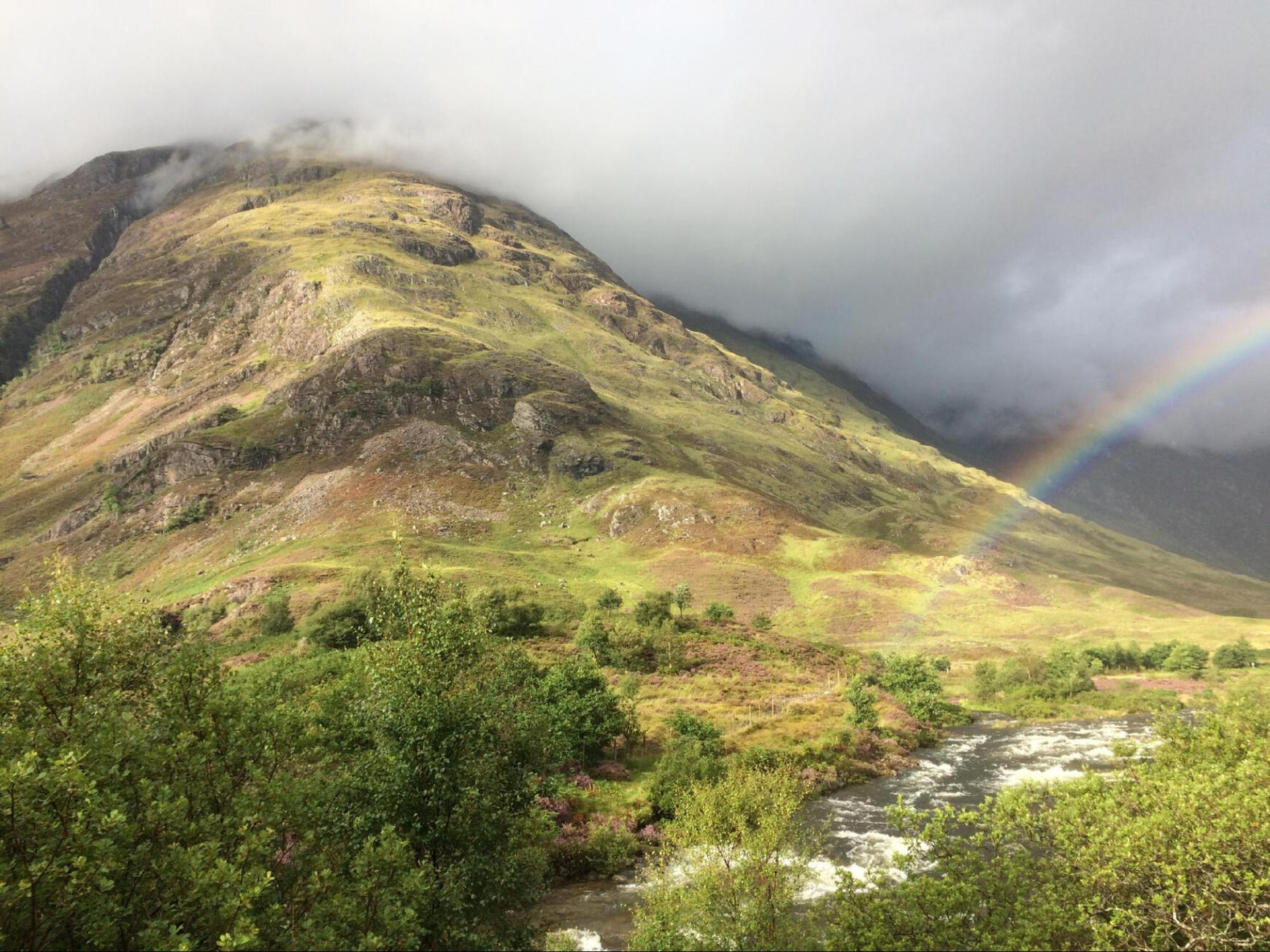 An older, wiser time saw
in what we call the weather
and in nature herself
something with being.

Each place has beings special to it.
each cloud embodies something
that lives in a particular way
forming and dissolving and forming again.

Glencoe Is a place full of dark memories and an unusually powerful elemental life
in the west of Scotland, south of Inverness.

I currently work with a variety of groups and individuals.

The changes that the research brings about in the person doing the research is an important and necessary aspect of it. You need to develop different faculties.

Further info on these would be available only on request. Contact freerlife@gmx.com 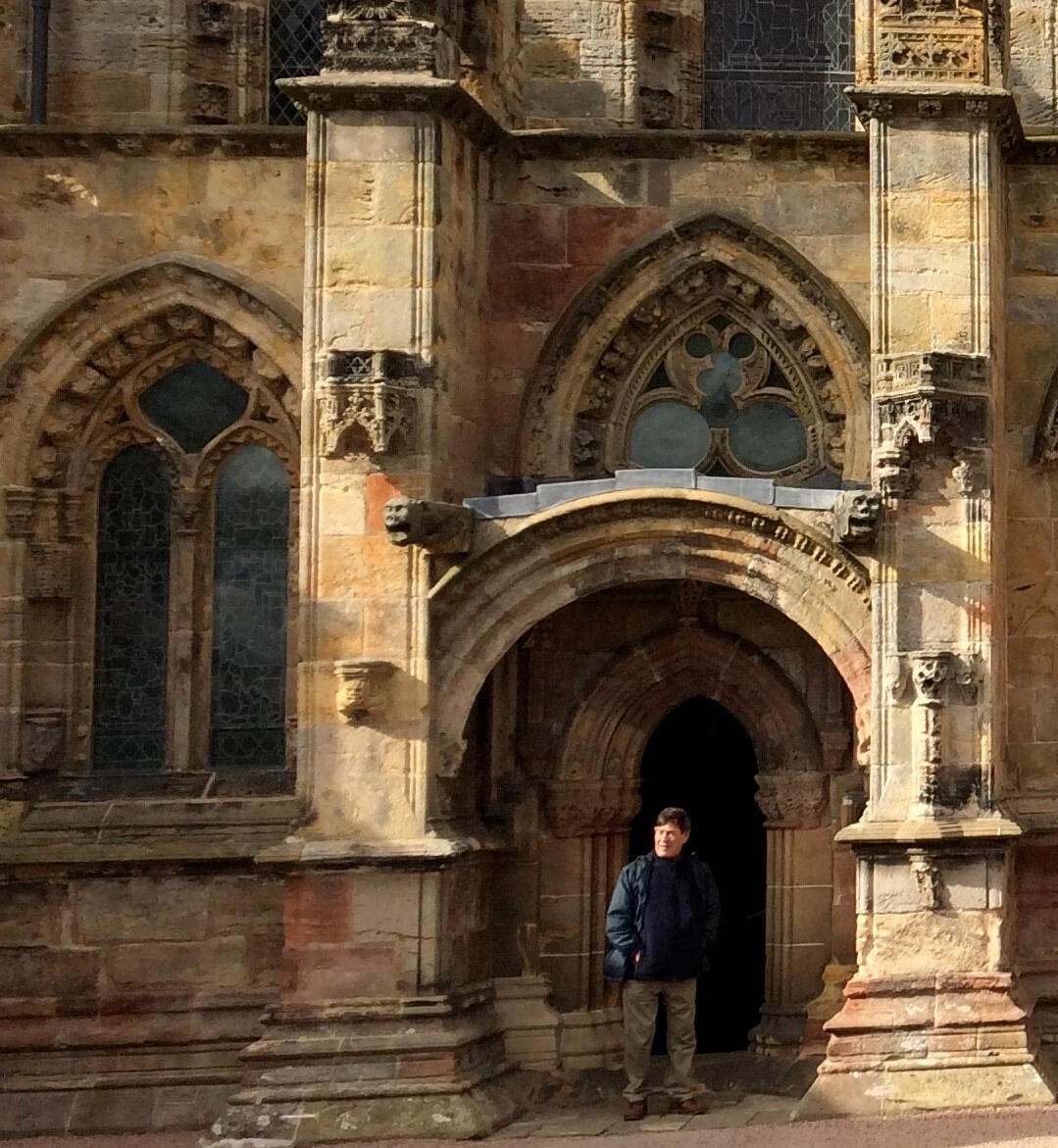 My main area of research is the spiritual impulses active in cultural history. At the moment the focus of my research is Raphael.

Another current area of research is the study of the crisis that occurs in everybody's life when they are 26 or 27.

I have a more general research interest in the rhythms of human biography.

This relates also to my interest in the spiritual impulses active in cultural history as part of that is understanding the rhythms in the processes of the history of culture. There are obvious interconnections. The history of culture is in part the study of individual artists. Interestingly, biographical rhythms show themselves more clearly in the lives of creative people. There are also some rhythms, noticeably the 33 year rhythm, which is prominent in historical development and also often very significant in the lives of individuals.

Sometimes following the methodology and content of Anthroposophical research you can arrive at similar results to those arrived at by conventional art historical researchers. A good example is that of the late Edgar Wind’s research into the meaning of Michaelangelo’s frescoes on the ceiling of the Sistine Chapel. There is an interesting relationship between the results of his research and the results of Rudolf Steiner's research regarding the same frescoes.

I have a more general interest in understanding the methodology of anthroposophical research and how that may be taught to others. The doing of the research makes you aware of the methodology and how far it differs from the methodology of conventional academic intellectual research. Goethe's Italian journey was in part research into the metamorphosis of plants. His account of his Italian journey is the record of his research. The account was written so that readers would be able to perceive the full scope of his research into the metamorphosis of plants. An aspect of this is that although he is quite objective about his research, the objectivity extends to a consciousness of the changes his research work brought about in himself. The lack of this kind of consciousness in conventional academic research, especially in scientific research, is one of the big differences between that and anthroposophical research.

In the latter the changes that the research brings about in the person doing the research is an important and necessary aspect of it. You need to develop different faculties than what comes from an abstract intellectual approach. In the section on tuition, seminars, and group work I mention that part of my teaching is concerned with how one develops in oneself the way of doing anthroposophical research.

Goethe and Palladio, by David Lowe and Simon Sharp
Goethe's study of the relationship between art and nature, leading through architecture to the discovery of the metamorphosis of plants. This is a study of the first part of Goethe’s Italian journey, covering his journey from the Brenner Pass to Venice which I followed with the co-author and artist, Simon Sharp.. 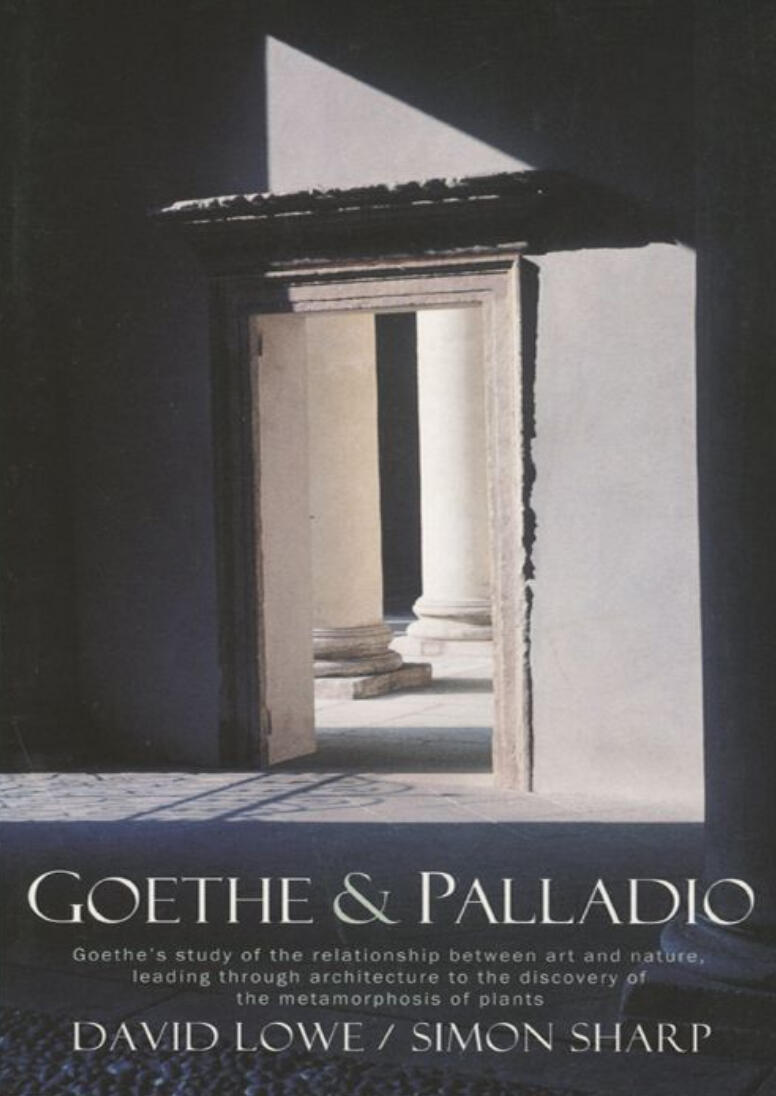 I appreciate any financial contributions my followers are able to offer in support of my work. 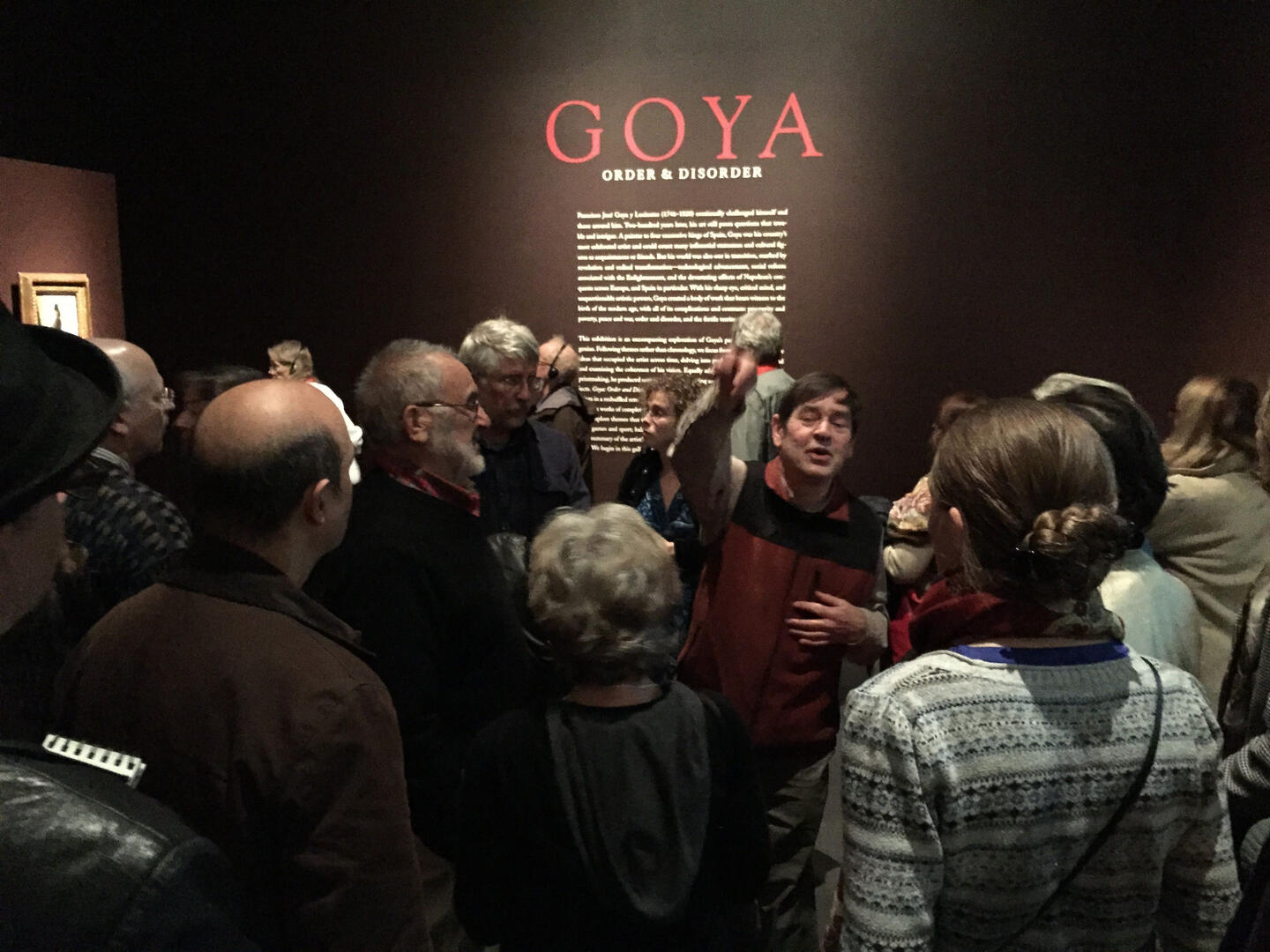